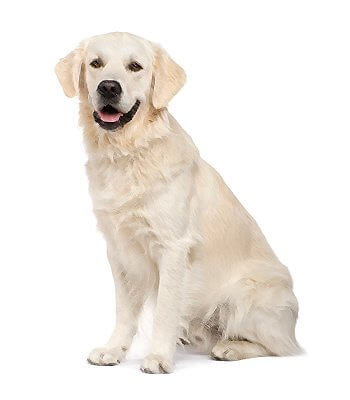 The Labrador retriever originated in Newfoundland. The original name of the breed was St. John's dogs. The original Labrador retrievers were used as helpers and companions to fisherman on the island. If a fish fell off the hook, these trusty dogs retrieved them for their owners. When English travelers noticed the usefulness and loyalty of the breed, they imported some to England. These dogs were not used for fishing, but for hunting. It surprises most people to learn that this incredibly popular breed was almost extinct in the 1880s. In Newfoundland, owners were allowed to keep no more than one dog, and the ownership of a female resulted in stiff taxes. To prevent having to pay more money, breeders culled females from the litters. The breed survived in England. In the early 1900s, the dogs were imported to the United States. After World War II, the dogs' popularity soared, and they remain the most popular companion dog in the country. <h2>Labrador Names</h2> <p>Looking for silver, black, yellow or <strong>chocolate Labrador names</strong>? We have made a listing for you with the cutest and most popular <strong>Labrador names</strong>! Cool male and sweet <strong>Female Labrador names</strong> chosen by our fans for every type of Lab! Check out our top 10 Labrador retriever names here: <i>Abby, Bailey, Cady, Davis, Echo, Fabio, Gabe, Happy, Ice, and Jordan</i>!</p>

The Labrador is a medium-sized dog breed with square proportions. It is sturdy and has big bones. It has strong jaws, which allow it to retrieve large prey from water. It's a good swimmer and has strong legs that allow it to be both a good runner and swimmer. It has a short double coat with a soft undercoat and a straight, dense overcoat. The Labrador sheds a little but has minimal grooming needs.

Labradors have been the most popular dogs for several years. The Labrador is a sociable, happy and devoted dog. It is good with children, other dogs and friendly towards children. It enjoys doing activities with its family and always seeks close physical contact to its people. It needs to physical and mental exercise on a daily basis, preferably running or swimming. If they don't get sufficient exercise, Labs can get bored and are up to no good.

The Labrador is a medium-sized dog breed with square proportions. He is sturdy and has big bones. He has strong jaws, which allow him to retrieve large prey from water. He is a good swimmer and has strong legs that allow him to be both a good runner and swimmer. He has a short double coat with a soft undercoat and a straight, dense overcoat that comes in several colors, such as silver, yellow, black and chocolate. The Labrador sheds a little but has minimal grooming needs. Grooming of the chocolate labrador, yellow labrador, black labrador and silver labrador is minimal.

Labradors have been the most popular dogs for several years. The Labrador is a sociable, happy and devoted dog. He is good with children, other dogs and friendly towards children. He enjoys doing activities with his family and always seeks close physical contact to his people. The Labrador Retriever needs a sufficient amount of physical and mental exercise on a daily basis. If mental and physical exercise is not given in some manner he can easily develop behavioral problems such as destructive behavior and anxiety. Activities to maintain this type of dog include the Kong mental stimulation toy and walking him regularly.

Labrador retrievers of any color do not require the skilled hands of a professional groomer. They do, however, require daily brushing. This breed sheds heavily and regularly. Brushing your dog every day will reduce the amount of hair and dander floating through your home. If you exercise your Labrador retriever properly, he will most likely wear down his nails on his own. If he doesn't, monthly nail clippings are a must. Also make sure to keep an eye on your dog's ears. The large, heavy ears of this breed make him susceptible to ear infections.

While your Labrador may never get one of these diseases, it is important to know what they are genetically predisposed to. Among the common health issues experienced by Labrador retrievers, gastric dilation-volvulus is often the most life threatening. Other health concerns include hip dysplasia, elbow dysplasia, ear infections, cold tail, acute moist dermatitis, myopathy, tricuspid valve dysplasia, epilepsy, progressive retinal atrophy, cataracts, and osteochondrosis dissecans.

Labrador retrievers have a favorite activity: eating. Don't be tempted to fill the bowl; measure your dog's meals. Training is a must for these exuberant dogs. Because they are a working breed, plan on spending about 45 minutes each day exercising your dog. Labrador retrievers are 100 percent devoted to their human families. This breed has been the most popular in the United States for more than a decade. The Labrador retriever's name is often shortened to “Lab” preceded by his color, such as silver lab, chocolate lab, black lab and yellow lab.