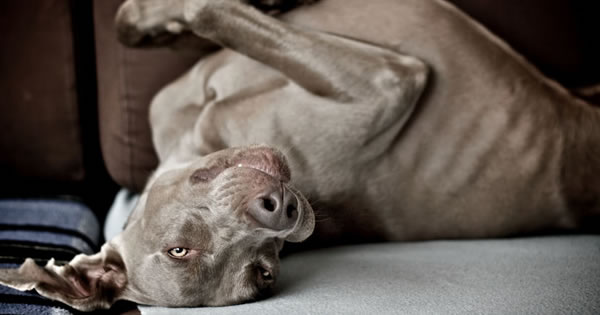 Epilepsy is a disorder in which your pet is subject to recurrent seizures or convulsions. Common causes of seizures in pets include head trauma, metabolic disease, toxin ingestion, brain infection and brain tumors. In some animals, however, no cause for recurrent seizures is found. When this occurs, a diagnosis of idiopathic epilepsy is given. Idiopathic epilepsy is common in young adult dogs, but it is rare in cats and dogs of other ages.

How Epilepsy Affects Your Pet

Seizures can involve the whole body or only one part of the body, and they may occur with or without convulsions. Generally, a seizure is preceded by a period of disorientation, fright, attention seeking or other odd behavior called the aura. This behavior can be subtle, and pet owners may miss it. Following the aura, the seizure itself occurs. The most frequently observed type of seizure in small animals is the grand mal seizure. This type of seizure is characterized by stiffness of the entire body or cycles of stiffness and muscle contraction. A petit mal seizure, by contrast, is usually much less dramatic and does not involve convulsions. A pet experiencing one of these seizures may simply appear dazed or may display abnormal behavior like snapping, circling or howling. A petit mal seizure may be followed by a grand mal seizure. Sometimes, a seizure is difficult to distinguish from a fainting spell. In general, however, animals who faint revive and return to normal mental function within a few seconds. After a seizure, however, an animal is typically disoriented or blind for several minutes to several hours.

Symptoms of seizures in your pet can include some or all of the following: Convulsions, Disorientation, Strange behavior that cannot be interrupted, Staring into space, Sudden blindness that resolves after minutes or hours and Twitching or other repetitive movements.

Some epileptic pets do not need medication and simply require monitoring and lifestyle adjustment to prevent accidental injury during seizures. For example, an epilectic pet should not be allowed to swim unattended due to the risk of drowning during a seizure.  When seizures are severe or frequent,however, epileptic animals require medication. Indications for treatment with an anticonvulsant medication include the following: Seizures that occur in clusters, More than one seizure per month, Seizures in an pet that is left alone for long periods of time, Seizures in a breed, such as the golden retriever, Irish setter, Saint Bernard or German shepherd, known to have seizures that are difficult to control.

While pets of all breeds are affected, dog breeds prone to epilepsy include the following: Beagle, Keeshond, Irish Setter, Golden Retriever, German Shepherd, English Springer Spaniel, Welsh Springer Spaniel, Dachshund and Cocker Spaniel. Idiopathic epilepsy is rare in cats, and there is no specific link with breed.