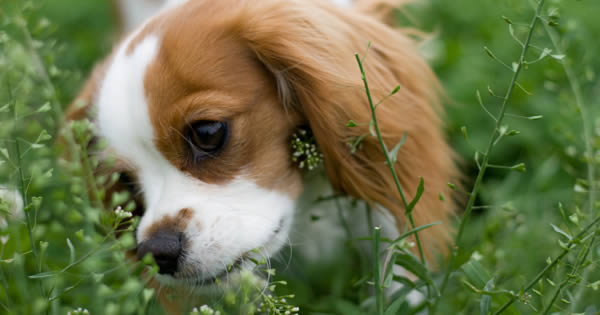 Histoplasmosis, sometimes called Darling's disease, is caused by the fungus Histoplasma capsulatum. This pet disease occurs in both cats and dogs and is the second most common systemic fungal infection of cats. Histoplasmosis occurs all over the world, and in the United States, it is most common in the Missouri, Ohio and Mississippi river valleys.

How Histoplasmosis Affects Your Pet

The fungus that causes histoplasmosis is often found in soil containing bird and bat manure. Pets normally contract this fungus by inhaling it, but they can also be infected by eating contaminated soil. If infection occurs from inhalation, initial symptoms typically involve the lungs. If the initial infection is through ingestion in your pet, the first symptoms involve the stomach and intestines. Once your pet is infected, the fungus can spread through the bloodstream and produce a wide range of symptoms. These symptoms can be generalized to the entire body, or they may affect only one or two organ systems.

Signs of this pet disease vary widely and are generally nonspecific. Most animals with histoplasmosis have only a few of the following symptoms: Fever, Difficulty breathing, Loss of appetite, Weight loss, Chronic cough, Vomiting, Diarrhea, Enlarged lymph nodes, Pain in the joints, Lameness, Sores on the foot pads, Weeping skin lesions, Seizures, Neurological problems, Mouth sores, Eye inflammation, Yellowing of the skin, gums and whites of the eyes, Pale gums and Lethargy. Gastrointestinal signs, including vomiting and diarrhea, are far less common in cats than in dogs.

Histoplasmosis is treated with anti-fungal medications. Treatment continues for a period of four to six months or even longer. This long treatment course is necessary because of the difficulty of killing fungal cells in the body. In general, pets must continue receiving anti-fungal medication for at least one to two months after their symptoms have resolved to ensure they are free of the fungus. Pets also need to be evaluated after treatment has ended to make sure there are no signs of disease recurrence. Most veterinarians recommend a recheck six months after the end of histoplasmosis treatment. In addition to anti-fungal medications, the affected pet receives supportive care as needed. Specific supportive treatments vary depending on clinical signs but can include fluid therapy, oxygen therapy, anti-nausea medications, pain relievers, nutritional support and others.

Histoplasmosis affects members of all canine and feline breeds, and there is no consistent breed predisposition to the disease.