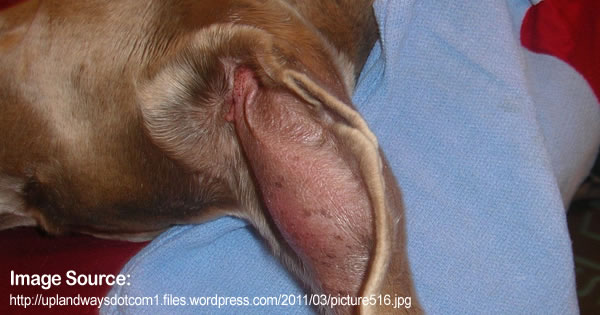 Ear, or auricular, hematomas are common pet health problems among both dogs and cats. Pet's ears come in a variety of shapes and sizes. While some of them are large and floppy, others are small and triangular. However, the one thing that they all have in common is that they are all vulnerable to developing an ear hematoma.

How Ear Hematoma Affects Your Pet

There are many things that can cause your pet to shake its head including ear mites and inner-ear infections. When the ears are shaken constantly, tiny blood vessels in the ear's flap can burst, causing blood to accumulate under the skin. A feline or canine ear hematoma can also develop if your pet is bitten or bumps its ear against something such as a table or wall. When this occurs, it causes your pet to shake its head more than ever, which makes the situation even worse. If left untreated, blood and other fluids can accumulate in the flap and swell to the size of a golf ball. In some cases, hematomas can rupture leaving the ear flap vulnerable to infections, scarring and/or deformed ears.

Hematomas typically occur in pets on just one ear flap; however, in some cases, they can develop in both. Additionally, a hematoma can develop on either the entire ear flap or just one area. Since this pet health condition can result in infections, it is essential for you to take note of the following symptoms: Liquid-Filled Swelling of the Ear Flap; Blood or Fluid Seepage from a Swelling on the Ear Flap; Constant Shaking of the Head; Constant Scratching at the Ears; Holding the Head to One Side; Apathy/Depression; Varying Degrees of Pain in the Ear Flap.

Your veterinarian may choose to drain the fluid out of your pet's ear using a syringe; however, in most cases, it simply accumulates again. As such, the best treatment for ear hematomas is surgery. Additionally, it is often necessary to insert a temporary drain in the ear flap to help release excess fluid. After surgery, the ear flap will be bandaged close to your pet's head until it is completely healed. If there are any infections or ear mites present, antibiotics and/or Advantage multi will be prescribed. Finally, a follow-up appointment will be necessary to ensure that the ear has healed properly on pets.

As stated above, an ear hematoma can occur in both dogs and cats; however, they are much more common in canines that have medium to large floppy ears. While this is a common problem among pets, animals that meet the following criteria are more vulnerable to the condition. Animals most vulnerable to Ear Hematomas: dogs with medium to large floppy ears, pets with excessively dirty ears or infected ears, animals that are frequently wet, dogs or cats with Ear Mites, animals that spend a lot of time outdoors and pets that have been bitten by another animal.