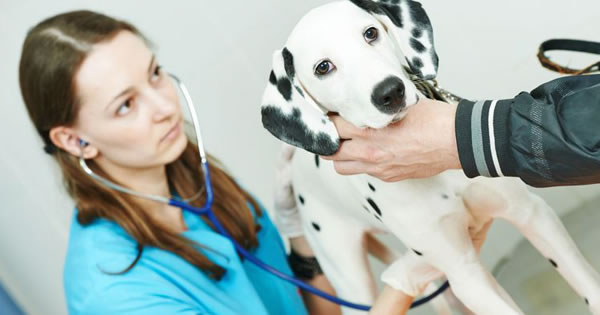 Twisting of the stomach, called gastric torsion, is one of the most common surgical emergencies in canine practice. The condition, also known as gastric dilatation-volvulus (GDV) or bloat, can occur in pets of any age or body type. It is, however, most common in large-breed dogs with deep chests, and it is very rare in cats. Gastric torsion is also more common in older dogs and in males. The cause of this pet problem is not clear, but it may be related to stress, rapid eating and other factors.

How Gastric Torsion Affects Your Pet

The condition typically has two parts: dilatation and torsion. For some, usually undetermined, reason, the pet's stomach fills with air or fluid and enlarges. The enlarged stomach then twists inside the abdomen. When the stomach twists on its axis, both ends become blocked. This means that there is no way for the gas or fluid trapped inside to escape. As the stomach continues to swell, it presses on the diaphragm. This causes the pet to have difficulty breathing. The stomach also begins to press on the large abdominal blood vessels, cutting off the blood supply to the abdominal organs. As the condition progresses, the organs begin to fail. Additionally, deprived of a blood supply, the tissue lining the stomach begins to die.

Gastric torsion in dogs and cats is a surgical emergency. Typical treatment begins with resuscitation and stabilization through the administration of intravenous fluids and decompression of the stomach. If possible, the veterinarian decompresses the stomach by passing a tube through the esophagus. Sometimes, it is not possible to pass a tube, and the veterinarian must decompress the stomach by inserting a needle through the abdominal wall. Once the pet is relatively stable, surgery commences. During the procedure, the surgeon examines the abdominal organs for damage, corrects the torsion and removes any dead tissue that is present. When surgery is performed early in the progression of the condition, chances of survival are approximately 90 percent. These chances drop to around 50 percent if there is dead stomach tissue present.