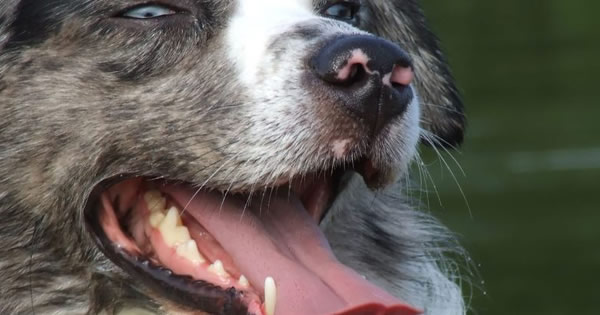 Nasal depigmentation,also called Dudley nose or snow nose, is a condition in which the skin of your pet's nose becomes lighter for unknown reasons. This loss of pigment often causes owners to worry, but it is not harmful to affected pets. While cats do experience color changes in their noses due to various diseases, there is no equivalent feline condition.

How Nasal Depigmentation Affects Your Pet

There are a few distinct forms of nasal depigmentation that have been reported in dogs. In the first type, usually called Dudley nose, the skin of the nose becomes lighter over time. This process usually starts when the affected dog is a year or two old and progresses as the animal ages. The degree of pigment loss varies among affected dogs. In some pets, the nose only fades to dark brown, and in others, it fades to light pink or white. In most cases, the color loss is irreversible, but there is a form of Dudley nose in which the nose darkens again. The reason for this remission is unknown. Snow nose, another common form of nasal depigmentation, is a seasonal loss of pigment in the nose. In affected dogs, the nose pales in the winter and darkens in the summer. It is important to note that dogs with snow nose do not lose all color in their noses even in the winter. These dogs just experience periodic fading and darkening of the skin of the nose. Not all skin color changes are merely cosmetic issues. If loss of pigment in the skin of the nose is accompanied by other symptoms, a more serious disease could be to blame. Some other conditions of dogs and cats that could cause the nose to change color include the following: Plastic dish nasal dermatitis, Hypothyroidism, Vitiligo, Phemphigus foliaceus, Discoid lupus erythematosus and Squamous cell carcinoma or other cancer.

The only symptom of nasal depigmentation is a loss of color in the skin of the nose that may or may not resolve with time. If the pet has any other symptoms, the color loss might be related to another disease process, and a veterinarian should be consulted.

There is no effective remedy for nasal depigmentation. Owners of affected dogs should be aware that as the skin lightens, it becomes more vulnerable to sunburn, so use of sunscreen is recommended.