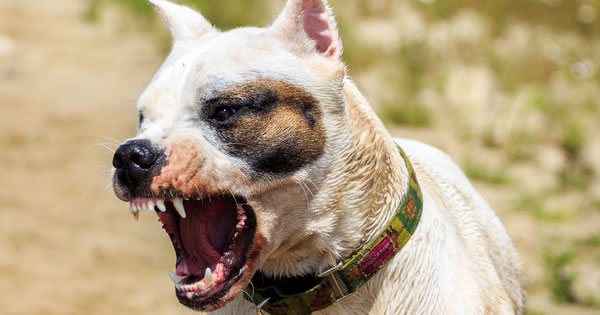 Rabies is a fatal viral disease that attacks the brain and spinal cord. It affects all mammals including dogs, cats and humans. In the United States, the virus is found in 49 of the 50 states. Hawaii is the only rabies-free state. While there is no cure for rabies, there is a very effective vaccine available. The rabies vaccine is considered a core vaccine for pets, and many state and local laws mandate that all pet animals receive this vaccine.

How Rabies Affects Your Pet

A pet usually gets exposed to the rabies virus via the bite of a rabid pet. Less common modes of transmission include exposure to infected saliva or brain tissue. After exposure, the virus spreads to the nearest nerves and infiltrates them. It gradually makes its way to the spinal cord and then the brain. Soon after the virus reaches the brain, the infected pet typically begins to exhibit symptoms. After it reaches the brain, the virus travels to the salivary glands. At this point, the infected animal can transmit the virus in its saliva. When rabid animals become symptomatic, they show neurological signs. While some rabid animals appear agitated and act aggressively, others appear listless. Once symptoms begin, death due to progressive paralysis usually occurs within a few days. The incubation period for rabies is extremely variable. In dogs, the average time from exposure to clinical illness is between 21 and 80 days, but it can be much longer or shorter. In cats, the average incubation period is between 21 and 60 days. The length of the incubation period is influenced by how close the initial bite wound is to the brain, the severity of the wound and the amount of virus transmitted.

Symptoms of rabies vary from case to case and are usually vague. Symptoms may be subtle at first, but they rapidly worsen. Some common symptoms of this pet health condition in dogs and cats include the following: Fever, Behavior changes, Agitation, Lethargy Anxiety, Progressive Paralysis, Irritability, Inability to walk, Change in Voice and Aggression. Any individual who suspects that an animal may be rabid should not touch the animal and should seek professional help immediately.

There is no effective treatment for rabies. Once an animal shows symptoms, this pet disease is invariably fatal. Pets believed to be rabid are usually euthanized for both humane and public safety reasons. There is, however, no way to confirm rabies infection in a living animal. Determination is based on clinical signs and the animal's history. Once a pet is euthanized or dies naturally, brain tissue can be sent to a laboratory to confirm rabies infection.

Rabies affects members of all canine and feline breeds.