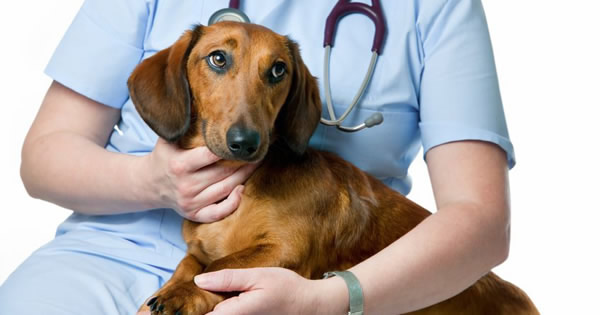 Gastritis, which typically causes moderate to severe vomiting, is an inflammation of the stomach lining. Common in both dogs and cats, this pet disease can be acute or chronic depending on the cause of the inflammation.

How Gastritis Affects Your Pet

In pets with acute pet gastritis, sudden and severe vomiting occurs when the stomach lining becomes inflamed due to viral infection, bacterial infection, parasites, ingestion of a toxin or dietary indiscretion. Common sources of dietary indiscretion include spoiled foods, foreign material and novel foods. Due to stomach inflammation, affected pets vomit bile, frank or digested blood, food, froth or foreign material. Animals are said to have chronic gastritis if vomiting occurs for a prolonged period of time, usually weeks to months or years. Affected pet animals most commonly vomit intermittently with variable periods of respite, but vomiting may also occur more regularly. Chronic gastritis is often associated with weight loss, lethargy and poor coat condition. Common causes of chronic gastritis in cats and dogs include long-term ingestion of grass or other irritating material, systemic illnesses, food allergies or intolerances, stomach tumors, systemic cancers, infections and the presence of hair or other foreign material in the stomach. Some types of chronic gastritis are associated with stomach ulcers and bleeding.

Typically, initial treatment of gastritis in pets involves withholding food for 12 to 48 hours in dogs and 12 to 24 hours in cats. If possible, food is withheld until the animal has not vomited for 12 hours or more. This period gives the inflamed stomach lining a rest and allows it to heal. In dogs, water is sometimes withheld as well, but often, both dogs and cats are given small amounts of water or ice chips periodically as long as they do not vomit. Animals may also be given antiemetic drugs, gastric protectants, intravenous or subcutaneous fluids and other medications as needed to treat symptoms. When food is reintroduced, veterinarians recommend giving small amounts of some type of soft bland food that is low in fat. In general, animals are fed increasing amounts of this bland food over a period of several days, and regular food is reintroduced gradually as long as the pet does not resume vomiting. Other treatments for gastritis depend on the cause of the illness. These treatments might include drugs or other therapies to manage a chronic illness, antibiotics to treat an infection, wormers to treat parasites, antidotes for toxins, surgery to remove a tumor or foreign body, diet change for food allergies and other treatments as indicated.

There are no particular canine or feline breed predispositions to developing gastritis.