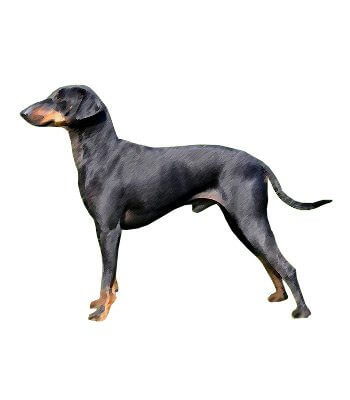 The Manchester Terrier is an athletic, muscular dog breed with long, slim legs that enable it to move fast with great agility. It has a sleek, short coat that requires minimal care.

The Manchester Terrier is a dog that appears elegant, mainly because of its smooth, glossy coat. It's good-natured and affectionate towards its family. It often seeks physical contact and is gentle and sensitive. They have moderate exercise needs that can be met in the form of moderate walks or short romps. It can be independent and inquisitive, but is less stubborn than most terriers. It's friendly towards other dogs and shy with strangers.