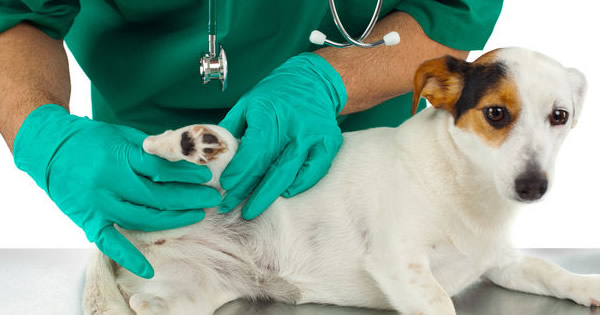 Legg-Perthes-Calve syndrome is known by several different names including Legg-Perthes disease, Legg's disease, Perthes disease and aseptic necrosis of the femoral's head. This pet health condition can develop in both dogs and cats and involves the degeneration of the femur's neck and head. This, in turn, leads to a collapse of the hip.

During the early stages of the disease, your pet may experience mild to moderate pain resulting in varying degrees of lameness. However, this condition is progressive and after some time, degeneration will continue and your pet's pain will worsen. Ultimately, Legg-Perthes-Calve syndrome can lead to osteoarthritis.

Common Symptoms of Legg-Perthes-Calve Syndrome in Pets: Varying Degrees of Lameness in One or Both of the Rear Legs, Pain When Rising or Walking Difficulty Rising, Walking, Running or Jumping; Difficulty Navigating Stairs, Loss of Interest in Exercise and Playing, Weakness, Noticeable Atrophy of the Thigh Muscles, Irritability or Depression, Chewing or Licking at the Affected Legs and Snapping Noises Coming from the Hip Joints When Moving. If you notice any of these symptoms in your pet, you should take your dog or cat to a veterinarian as soon as possible. It is essential to note that the warning signs your pet will exhibit may vary and they often develop over a time frame of several months. Additionally, most animals usually experience their first symptoms around one year old.

In the early stages of Legg-Perthes disease, your veterinarian may prescribe nonsteroidal anti-inflammatory drugs or corticosteroids to control inflammation, and/or analgesics for pain. However, NSAIDs and corticosteroids should never be used together. It is also recommended to restrict your pet's activity. As the disease progresses, surgery may be necessary. The most common procedure for this condition is known as femoral head and neck osteotomy. Another effective option is total hip replacement surgery. After surgery, both cryotherapy and physical therapy are essential to your pet's successful recovery. Other treatments that your veterinarian may recommend include special diets, massage therapy, acupuncture, acupressure and herbal supplements. However, no matter what treatment path you and your vet may choose, prognosis for your pet is excellent. In fact, most pets live a pain-free life when treated promptly.

While Legg-Perthes disease can occur in both cats and dogs, it is much more common in canines. Additionally, it is seen more often in young dogs that are of toy or miniature breeds. This condition typically begins to develop between five to 12 months of age, and the following breeds are most commonly affected by Legg-Perthes-Calve Syndrome: Manchester and Yorkshire Terriers, West Highland White Terriers, Pugs, Miniature Pinschers, Dachshunds, Toy and Miniature Poodles, Lhasa Apsos, Lakeland and Cairn Terriers, Chihuahuas and Australian Shepherds.