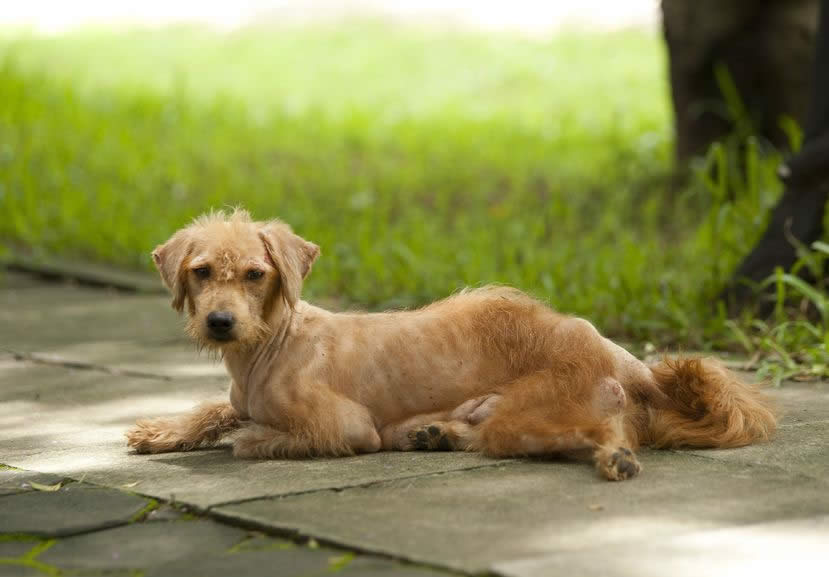 Mange is the general term used for skin disease caused by mites. There are several types of mange found in pets, but the most common are sarcoptic mange and demodicosis. Other types of mange that affect dogs and cats include otodectic mange, cheyletiellosis, trombiculosis, straelensiosis and lynxacariasis.

How Mange Affects Your Pet

Sarcoptic mange, also called canine scabies, is highly contagious in dogs. Once a dog contracts sarcoptic mites, the parasites begin to reproduce on the skin. Depending on the number of mites initially transmitted and the body area exposed, the mites then reproduce for a period of 10 days to two months. During this incubation period, the dog shows no symptoms of infection. Eventually, the infected dog becomes extremely itchy. This causes a significant amount of self-trauma. Due to skin damage from scratching, dogs with this pet disease often develop bacterial and yeast infections of the skin. If left untreated, mange can lead to serious illness and death. Cats can contract sarcoptic mites from close contact with affected dogs, but these mange mites prefer dogs as hosts. There is another species of mite, Notoedres cati, that prefers feline hosts. Symptoms are similar to those seen with sarcoptic mange mite infection, but infection with this type of mite is rare. Demodicosis, sometimes called red mange, is a non-contagious form of mange caused by Demodex mites. All dogs reared by their mothers have these mites on their skin. In a dog with a genetic predisposition to demodectic mange, a suppressed immune system or a systemic disease, these mites can cause skin disease. In most healthy dogs, however, these mites do not cause problems. While cats do possess Demodex mites, feline demodectic mange is rare.

Specific symptoms of mange depend on the species of mite involved, but some common symptoms of this pet health condition include the following: Scratching, Restlessness, Hair loss and Red patches on the skin. It should be noted that sarcoptic mange is characterized by particularly intense itching.

Treatment depends on the species of mite causing the disease, but most mites can be effectively treated with anti-parasitic medications. If skin damage has led to a secondary bacterial infection, treatment with antibiotics is also indicated. In pets with demodicosis, anti-anxiety medications might also be needed since stress contributes to the development of this type of mange. Generalized demodicosis is difficult to treat, and in some cases, effective treatment is not possible.