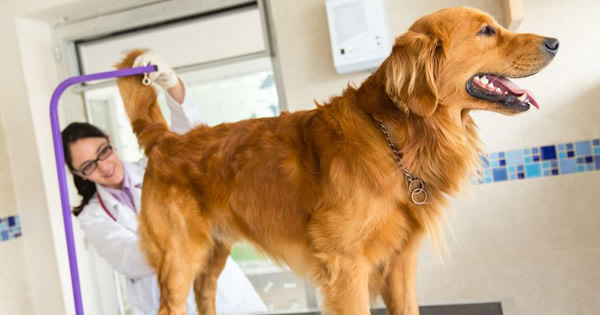 Inflammatory bowel disease (IBD) is the broad term veterinarians use to describe a group of disorders characterized by the presence of inflammatory cells in the lining of the gastrointestinal (GI) tract. The problem is common among middle-aged and older cats and dogs, and the cause is poorly understood. In order to diagnose IBD definitively, a veterinarian must rule out other possible causes for the symptoms on pets and confirm the presence of inflammatory cells in a tissue sample from the GI tract.

While the cause of IBD is poorly understood, current evidence suggests that some type of hypersensitivity reaction in the GI tract of each affected pets is involved. The hypersensitivity response triggers the infiltration of the digestive tract by various inflammatory cells. This results in inflammation and tissue damage. Because IBD simply refers to inflammation of the GI tract without a specific cause, the symptoms of this disease are similar to other GI problems of cats and dogs including parasites, various infectious diseases, certain cancers, food intolerance, allergies and other health issues. This means that the diagnosis of IBD often requires a battery of tests.

The symptoms of IBD are nonspecific, and they vary widely. Onset of symptoms is usually gradual rather than sudden, and symptoms may come and go. Some possible signs of IBD in pets include the following: Vomiting, Diarrhea, Loss of appetite, Weight loss and Abdominal pain.

There is no single effective treatment for IBD, so management of each affected animal requires some trial and error. In most cases, therapy for IBD includes both dietary and medical management.

Animals of all breeds are affected by IBD, but some breeds tend to be more vulnerable to the condition than others. Dog breeds with a high incidence of IBD include the following: Basenji, Soft-Coated Wheaten Terrier, Shar-Pei and German Shepherd. Purebred cats, in general, suffer from IBD more often than mixed-breed cats.