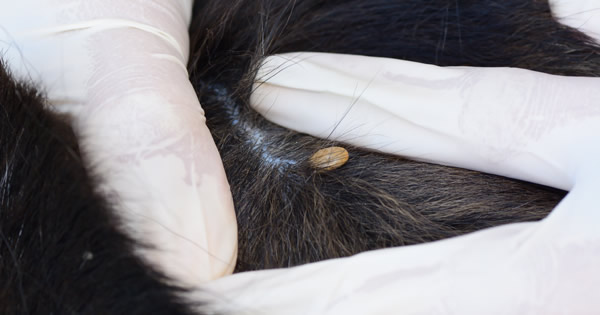 Babesiosis is a pet health problem caused by protozoa of the genus Babesia. The infection is most often spread by the brown dog tick, but it can be spread by the American dog tick as well. It is also possible for this pet disease to be spread by an infected mother to her pups and from dog to dog through transfusions and during fights that cause bleeding wounds. While this pet health condition occurs more commonly in dogs, it has also been reported in cats. Feline babesiosis is most common in Germany, France, Thailand and Zimbabwe. It has not been reported in domestic cats in the United States.

How Babesiainfection Babesiosis Affects Your Pet

Once inside a dog or cat’s body, the protozoa invade red blood cells and multiply. Eventually, the infected cells burst, and the newly freed organisms infect other cells. Many of the infected cells are targeted and destroyed by the pet’s immune system. Destruction of red blood cells and increased immune system activity cause various symptoms. In addition, because infected dogs and cats have been exposed to ticks, they often have additional tick-borne illnesses such as Lyme disease and Rocky Mountain spotted fever.

Severity of symptoms depends on the particular parasite species infecting the pet. Common symptoms of babesiosis include the following: High fever, Paleness of the tongue, gums and other mucous membranes, Decreased appetite, Lethargy, Orange or red urine, Enlarged lymph nodes, yellowing of the whites of the eyes, skin and mucous membranes, Enlarged spleen and Weakness and Collapse. Infected animals may also display other symptoms due to exposure to additional tick-borne pathogens.

Veterinarians treat babesiosis with anti-protozoal medications. In addition, dogs that are critically ill due to severe destruction of red blood cells may require blood transfusions to replace these cells. Infected pets may also be treated with anti-inflammatory medications, gastric protectants, fluid therapy and other medications needed to relieve symptoms. While it is possible to reduce parasite levels and eliminate symptoms in most infected pets, babesiosis cannot be cured in the majority of cases. Once infected, most dogs and cats have some circulating parasites even after treatment. This means that previously infected pets can become ill with babesiosis during times of stress or when their immune systems are compromised. Because there is no effective cure, prevention is critical. The best way to prevent babesiosis is to practice tick control. In addition, dogs and cats with a history of babesiosis should not be bred or allowed to donate blood.

Any pet can contract babesiosis, but the condition is rare in healthy pets with intact spleens. There are, however, certain dog breeds more susceptible to infection: Greyhound, American Staffordshire terrier and Pit bull terrier.