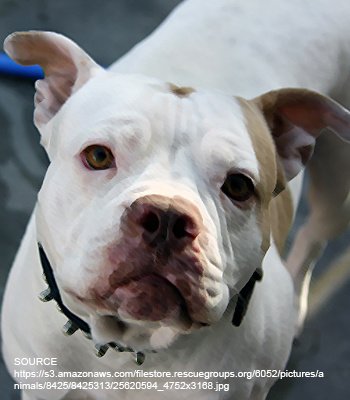 The Old Anglican is a crossbreed that seeks to combine the disposition and temperament of an English Bulldog with the strength and aesthetics of a pit bull. Their face is not nearly as scrunched as that of a bulldog, and they have much longer legs, more closely resembling a pit bull. Thus, they are closer in appearance to a pit bull than a bulldog.

Like traditional bulldogs, the Old Anglican is very good with children. They are playful and energetic, requiring regular exercise so they do not become overweight. Where bulldogs and pit bulls are often wary of strangers, Old Anglicans do not tend to bark excessively, so they do not make the best guard dogs.