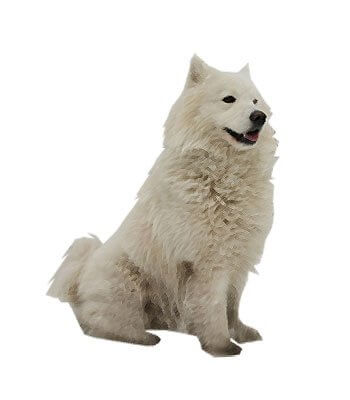 For a rare breed of the Arctic, experienced dog owners may wish to consider the powerful and energetic Canadian Eskimo-Inuit. The ancient Canadian Eskimo-Inuit dates back 4,000 years. The term Inuit refers to one group of Eskimos that dwells in the Artic region. Their versatile dog was used in hunting expeditions as well as for pulling sleds. With the introduction of snowmobiles, the population of the Canadian Eskimo-Inuit declined sharply. During the early 1970s, efforts were made to revive the breed’s numbers. In 1986, the Canadian Kennel Club registered the first puppies from this revival effort.

The Canadian Eskimo Dog is often considered to be one of the oldest and rarest indigenous domestic dogs. This Arctic working breed is medium-sized, athletic and powerful. They have square proportions and show typical spitz. Features: Canadian Eskimo Dogs have wedge-shaped heads with long muzzles and erect, triangular ears. Its tail should be very feathered and curl over the back. Because of their thick double coats, these dogs shed heavily. The hair is especially thick around the neck where a natural mane forms. They need to be brushed regularly to reduce shedding.<br><br> The Canadian American Eskimo is compactly built with a long body. The breed has an angular head with small, thick ears. Although it is a somewhat small breed, it is muscular and sturdy. A properly bred American Eskimo has an alert expression. The dog has a double coat that may be white or cream. This double coat protects the breed from cold temperatures.

The Canadian Eskimo Dog is a highly intelligent and loyal breed. These dogs are brave and tough and form strong bonds with their owners. The animal is also known for its loyal nature and develops a strong connection with its owner. They are easy to train because they are eager to please and generally submissive. They need ample and vigorous exercise on a daily basis and prefer high intensity exercise to regular walks. They are quite vocal and like to alert their packs of dangers or events. These are pack animals which means they thrive on interactions and social bonds. They are not aggressive toward other dogs or strangers unless they feel threatened.<br><br> This breed of dog tends to be independent in nature. It is an intelligent, obedient dog that thrives in the hands of an experienced dog owner. American Eskimos tend to be wary of strangers and prefer to be the only pet in the household. This breed can do well in a home with pet and small children if it is socialized as a puppy.

The powerful Canadian Eskimo-Inuit stands at a height of 19 to 27.5 inches at the shoulders and weighs between 40 and 88 pounds. The Canadian Eskimo Inuit’s coat is medium in length, and males exhibit a mane around the neck and shoulders. The coat colors may be white, silver, gray, buff, cinnamon, red, black or brown. The pointy ears stand erect, and the bushy tail typically curves upward to rest over the hindquarters.

The Canadian Eskimo-Inuit is a hard working breed that is generally loyal and affectionate. Its history of working in packs is evident in its ability to get along with other dogs. The Canadian Eskimo-Inuit retains a strong prey drive, however, and it will pursue other pets and wildlife. The breed is alert, courageous and intelligent. It makes an efficient watchdog, and it is fiercely protective. This breed must be trained and socialized at an early age by an experienced dog owner who can assume the dominant role in the relationship. The Canadian Eskimo-Inuit requires daily opportunities to romp and exercise. This breed makes a good candidate for dog sports activities.

The coat of a Canadian Eskimo-Inuit needs to be brushed out twice a week to remove dead hairs and maintain a healthy luster. During the annual shedding season, this brushing ritual will need to be performed daily. The Canadian Eskimo-Inuit’s teeth should be brushed every other day to prevent tartar accumulation and periodontal disease.

The Canadian Eskimo-Inuit lives an average lifespan of 10 to 12 years. Some health problems that have been noted in this breed include heat intolerance, heatstroke, hip dysplasia, elbow dysplasia, entropion, ectropion, progressive retinal atrophy, corneal dystrophy and cataracts.