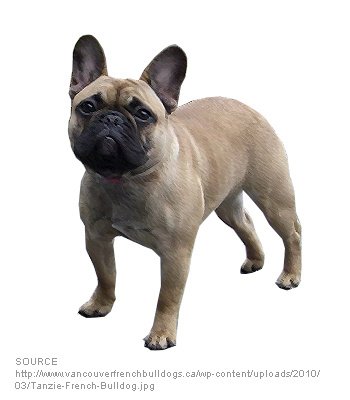 The American French Bulldog does not shed much, and its coat is short. It requires minimal grooming. The coat does not need to be trimmed, and a monthly shampoo should be sufficient.

The American French Bulldog does not seem to have many chronic health issues. This type of hybrid dog might suffer from certain allergies. It may also have skin issues, such as itching. It may be possible for the hybrid to experience the chronic health problems of the two breeds from which it is derived. Examples of this might include the kidney and thyroid problems that some American Bulldogs have, as well as the eye problems and temperature sensitivity associated with the French Bulldog. Since both American Bulldogs and French Bulldogs are prone to a disorder known as “cherry eye”, or a third eyelid, an American French Bulldog might manifest this condition, as well.

Perhaps because this dog is actually a hybrid, it doesn’t seem to have many nicknames attached to it. Many people refer to such dogs by the general nickname of “Bullies”; however, the term “Bully” can be used to describe any Bulldog breed or hybrid combination. Some people may call American French Bulldogs “American French Bullies”. Life expectancy varies, could be up to 12-15 years. Coat colors might be any combination of white, cream, yellow, brown, gray, and black. Often challenging to train, so training will require perseverance and patience – obedience school may be advisable. Very energetic breed that requires plenty of exercise. Usually great with children. Protective, so can be a good watchdog .