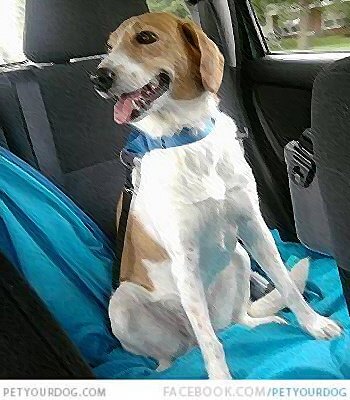 The American Eagle Dog is a cross between the American Eskimo Dog and the Beagle. As a result, it has the medium-sized body of the former and the face and ears of the latter. The ancestors of the American Eagle Dog come from Europe. Despite the name, the American Eskimo Dog is not from the United States—or Alaska, in particular. Its heritage can actually be traced back to Germany. However, due to the anti-German prejudice that emerged during World War I, Americans began to refer to the breed with its present name after the war ended. Although there have been beagle-type dogs for more than two millennia, the modern beagle was actually developed in Great Britain during the 1830s by mixing several breeds. Such breeds included the North Country Beagle, the Southern Hound, and the Talbot Hound. The cross between the Eskimo Dog and the Beagle most possibly occurred soon after the end of World War I.

The American Eagle Dog is generally a medium-sized dog, with a weight range of about 20 to 50 pounds. The coat is usually white, with some dogs exhibiting brown spots or light cream-colored markings. Others might have brown coats with tan or black spots. Some male Eagle Dogs might have a heavy coat around the neck.

For a non-sporting dog, the American Eagle Dog serves as an excellent watch dog. It will bark and alert its owner when there is an intruder, and it is an attentive listener to orders. Also, the Eagle Dog adapts very well to virtually any type of weather.

The American Eagle Dog inherits the heaviness and straight hairs that characterizes the coat of the Eskimo Dog. So, it would need regular brushing to keep its coat nice and neat. Also, a daily two-hour walk is strongly recommended to keep the dog at a healthy weight.

There are no significant health issues noted for the American Eagle Dog. One of its ancestors in particular, the Beagle, is noted for its lack of inherited health problems. However, the Eskie is known to develop hip dysplasia, progressive retinal atrophy or juvenile cataracts.