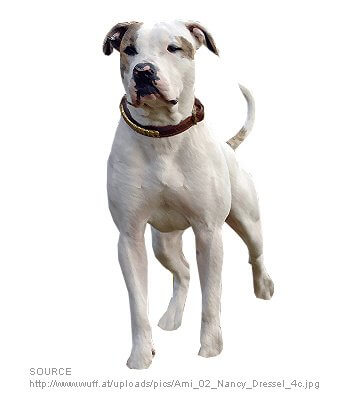 American bull Aussies need their coats brushed over once a week with a grooming mitt to eliminate dead hairs and redistribute the oils for a healthy sheen. Their ears should be cleaned of debris weekly to reduce the risk for ear infections, and their teeth should be brushed three times a week to prevent periodontal disease.

American bull Aussies live average lifespans of 16 years. They carry many of the same risks as those of the parent breeds, including hip dysplasia, progressive retinal atrophy, cherry eye, entropion and hypothyroidism.