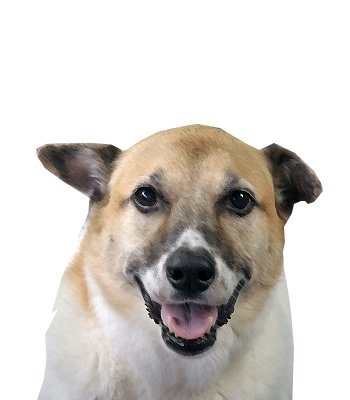 A hybrid dog, the Akita Shepherd is named for its mixed origin. It is a cross between the Akita Inu and the German Shepherd, which trace their origins to Japan and Germany, respectively. The Akita dog is named after its origin in the Akita prefecture, which is located in the northern region of Honshu, the main island of Japan. Tracing its ancestry to the Matagi dog—one of the oldest of dogs native to the country—the Akita was primarily used as a hunting dog. In the mid-20th century, the Akita was crossed with the German Shepherd, one of the newer breeds in existence; it was originally developed in 1899 for herding sheep. Due to their size and aggressive personality, U.S. and European soldiers brought Akitas from Japan after World War II ended to breed with German Shepherds to create smaller and friendlier dogs.

Weighing between 60 and 100 pounds, the Akita Shepherd looks like a smaller Akita, or a bigger German Shepherd. The body is thick, strong, and large boned. Other notable physical characteristics include large feet, sturdy forequarters and hindquarters, large and erect ears, strong hard teeth, and brown and slightly almond-shaped eyes.

The Akita Shepherd makes for a great family dog due to its even temperament and its ability to adapt to virtually any environment. It is particularly a very staunch protector of the family; it is particularly zealous regarding the protection of little children.

The Akita Shepherd sheds a lot if it is not brushed regularly. To prevent that from happening, brush the coat daily with a shedding rake or slicker brush. Also, avoid shaving the dog during the summer, since its outer coat insulates it from the heat of the sun. The Akita Shepherd does not need frequent bathing; a bath or two a year is fine.

Some Akita Shepherds may develop hip or elbow dysplasia. This development is largely genetic, since it is a health issue common to their ancestors. Other common health issues include blood disorders, digestive problems, epilepsy, chronic eczema, keratitis, and development of bloat and tumors on the spleen.