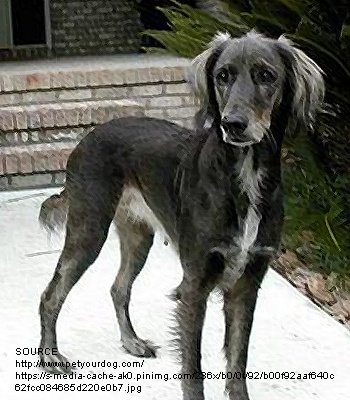 The Afador came into existence when people began to cross-breed Afghan Hounds and Labrador Retriever. For years, breeders have struggled to stabilize the breed, including establishing its appearance, intelligence, and personality traits. Currently, the Afador is a very rare breed to come across. The Afghan Hound, which originates from Afghanistan, is known as one of the oldest dog breeds in existence. It is also notable for its uniquely long, thick, and silky coat that helps it to cope with its mountainous environment. The other ancestor of the Afador, the Labrador Retriever, traces its origin to 19th century Canada, and it was primarily used as a gun dog. Crossing the two dog breeds began in Alaska, although the exact time period cannot be substantiated.

Usually, an Afador has the length and smoothness characteristic of the Afghan Hound’s coat and the sturdy stance of the Labrador Retriever. However, it can easily go the other way—with the dog inheriting the hound’s lean body and the labrador’s comparatively short coat. The Afador usually has a thick skull, with a dark muzzle and long ears that hang down. The color of the coat is commonly a shade of red or beige, although they also appear in black, brown, and grey.

Generally, the Afador tends to vary in temperament. However, it appears that most of them tend to be alert, brave, and spirited; and non-noisy and respectful to strangers.

Since the Afador has a long, smooth coat, it needs optimal attention. It is strongly recommended that the dog is combed at least twice a week. Also, the Afador’s ears need to be cleaned at least once a week to ensure good hygiene.

Because the Afador is such a rare breed, it has no known health problems. However, it is strongly recommended that you research common health issues of the Afghan Hound and the Labrador Retriever; that might give clues of the possible ailments your Afador may develop over time. Also, a few of them are known to be prone to eye disorders and hip dysplasia.

The Afador is not officially recognized by any canine organization. The name of the dog is a portmanteau of the first syllable of the word “Afghan” and the last syllable of the word “Labrador”. Based on its mix, the Afador is sometimes referred to as an Afghan Hound Dog or a Labrador Retriever Hybrid Dog. However, these are not commonly used terms; they are simply acknowledgments of the cross-breed origins of the dog.