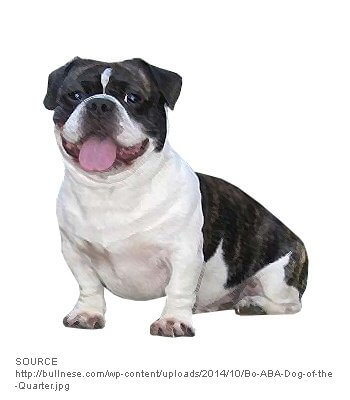 Though they are quite friendly, playful and enjoy walks, the American Bullnese Hybrid is not an especially active dog. Generally speaking they are quite good natured and somewhat clownish. They don't require a lot of exercise, but should be taken on regular walks to keep in shape. These dogs are fairly docile and do not make for particularly good watchdogs and can be difficult to train, perhaps making them unsuitable for first time dog owners. For owners with busy schedules, the American Bullnese might be the perfect fit, however, because they don't require too much work after training.

American Bullnese Hybrids inherit the short coat of the French Bulldog mixture and therefore have low maintenance requirements. Keeping the coat clean is a matter of periodic bathing and occasional brushing.

The American Bullnese Hybrid requires regular veterinarian checkups, vaccinations, and attention like every pet. They can inherit the health issues of either of their parent breeds, though the breed tends to be generally quite healthy. On the Pekingese side, there are generally no major health concerns though some minor concerns include distichiasis, elongated soft palate, and skin-fold dermatitis. Concerns for French Bulldogs also includes elongated soft palate as well as heimvertebrae, intervertebral disc degeneration, and stenotic nares.