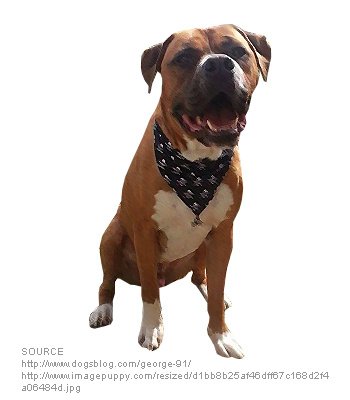 The American bull dogue de Bordeaux is considered a large breed, standing at an average height of 26 inches at the shoulder and tipping the scales with an average weight of 120 pounds. The American dogue de Bordeaux is clad in a smooth, short coat that is typically fawn in color with white markings on the chest and paws and a black mask. Other colors that may present, courtesy of the American bulldog parent, are white and brindle. The earflaps are short and flip downward, and the tail is long and tapered.

With two parent breeds that possess smooth, short coats, there will be little grooming required for an American bull dogue de Bordeaux. Brushing the coat once a week with a grooming mitt will help to maintain a healthy shine and remove loose hairs to reduce shedding. The ears should be kept clean and dry to reduce the chances of developing ear infections, and the teeth should be brushed at least three times each week to ensure optimal oral health and prevent periodontal disease.